7 Questions About the Market with Phil Kosmala 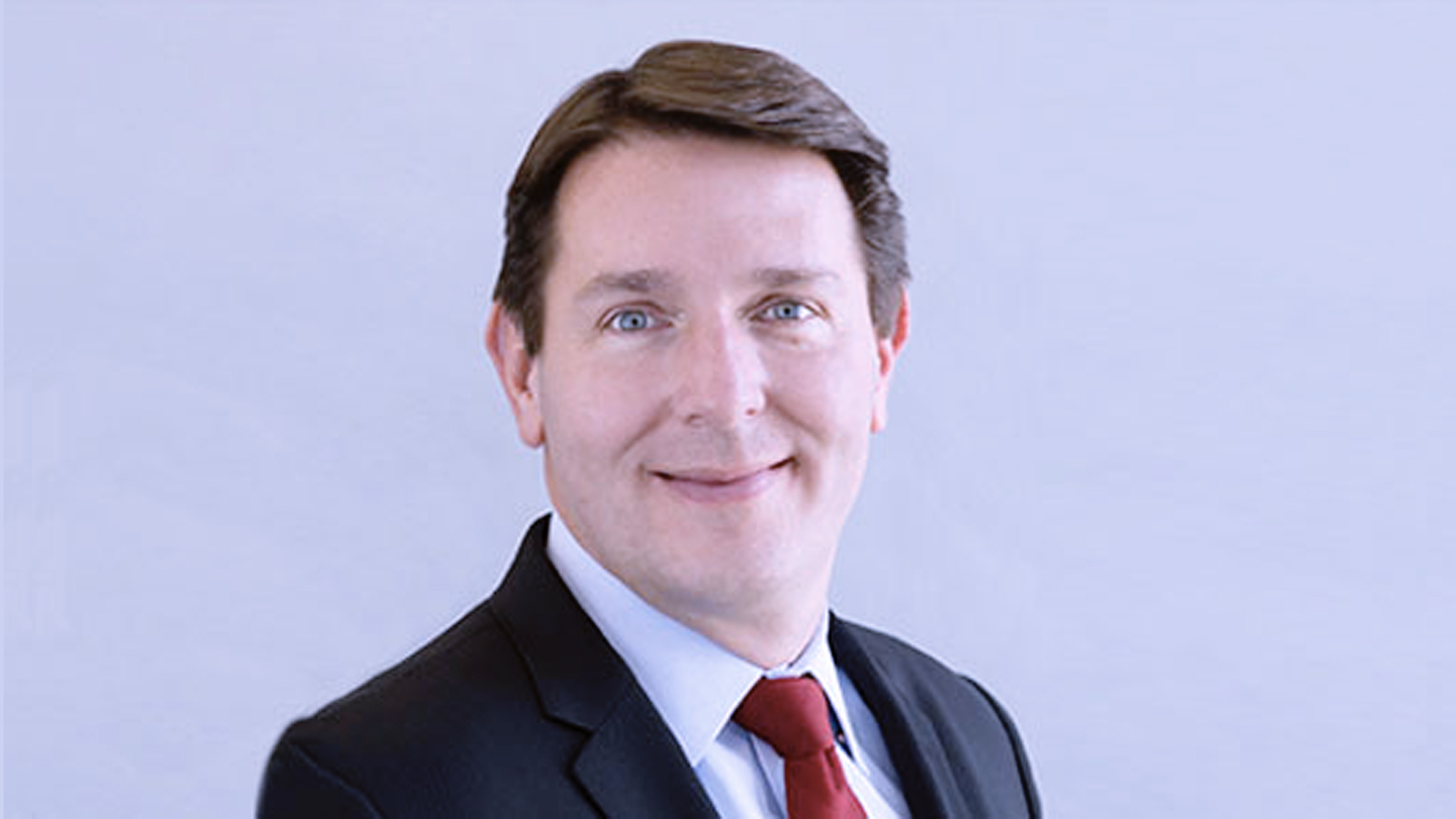 Phil Kosmala, co-founder of Chicago-based Taiber Kosmala & Associates, LLC, has been in the investment consulting industry for over 20 years. In the early 1990s, he spent five years with the Securities and Exchange Commission (SEC) as an auditor of money management firms and registered investment advisors, which made for a natural extension into his later roles as chief compliance officer and manager of research & due diligence.

Phil holds a bachelor’s degree in finance from DePaul University, has been awarded the CFA designation, and is a member of the CFA Institute and the CFA Society of Chicago. Kosmala has been quoted in various national media publications and has appeared at several financial industry conferences throughout his career. We were lucky enough to talk with him recently to get his thoughts on the current economy and how it affects our industry.

Q: Is it fair to say your outlook for the market is still largely positive, and if so, why?

A: Yes, definitely. We have a basket of recession indicators that we’ve followed and refined over the past 20 years and nearly every one of them is flashing green or “risk on.” It’s extremely rare to have a bear market without an accompanying recession—in fact, it’s only happened three times in the last 70 years.

Some of the key factors we look at are: Record levels of fiscal stimulus, including the latest $1.9 trillion bill, as economic data has been gaining momentum even without this latest stimulus; Record liquidity from the Federal Reserve, not just in terms of purchasing Treasury securities and mortgage securities, pushing interest rates down, but also the outright purchase of ETFs and corporate municipal bonds; Also, every central bank around the world, not just in the U.S., is engaging in activity similar to this, and that would include the European Central Bank, the Bank of Japan, and the Central Bank of China; Finally, one other important green light is the amount of cash sitting on the sidelines—unfortunately, the Fed also cut interest rates back to zero in March of 2020, so your average retail money market is yielding 0.01%—using the “Rule of 72,” that would mean it would take 7,200 years for your money to double.

Q: Why are tactical models necessary for financial advisors to consider in bull markets?

A: I would say that, not only were there three bear markets in otherwise booming economies, in 1962, 1966 and 1987, but there were also three close calls, in 1998, 2011 and 2018. So exogenous shocks can happen, and therefore, it’s always prudent to have some level of protection for portfolios. Secondly, a good tactical model will keep you in the market for most of its upside, so the cost of that insurance remains relatively low.

Q: The recent spike in bond markets caused some alarm—where do you see rates heading?

A: Rates will head higher because of all the stimulus and deficit spending. We currently have $28 trillion dollars in debt, so eventually rates will have to rise to compensate investors. That said, yields can’t run away too far or too fast, given the yield differential in the U.S compared to the rest of the world. For instance, 10-year U.S. Treasury yields in early March 2021 are in the 1.4% marker, whereas the 10-year German equivalent is at -.25%, and very weak fiscal countries like Spain and Italy, are at .34% and .68%, respectively, while Japan is at .13% for their 10-year bonds. So foreign investors will seek the safety of U.S. Treasury bonds, and that will help put a lid on interest rates in the short term. For the past 70 years, 10-Year U.S. Treasury Bonds have averaged 5.6%, so eventually the markets should revert back to the average. But that will take a long time to come to fruition. We should also keep a perspective on why rates are rising. Historically, when 10-year rates rise over 1% due to strong economic growth, stocks have produced positive returns in seven of the past eight yield surges since 1990.

Q: Do you worry about increased inflation?

A: I’m going to quote my favorite economist here, Yogi Berra, who said, “When you come to a fork in the road, take it.” Our fiscal deficit and trade deficit are close to 20 percent of GDP. The Fed also changed its mandate in 2020 and no longer views 2% inflation as a ceiling, but as a target. Therefore, we do see inflation brewing, but not until the U.S. economy gets back to full employment, which likely is a problem for calendar 2022. Back to Yogi—at some point in 2022, the Fed is going to come to a fork in the road: Whether to raise interest rates to stop inflationary pressures, or let inflation run hot.

Q: What do you feel are the biggest risks for the market?

A: I’ll quote another one of my favorite economists, Mark Twain, who said, “It ain’t what you don’t know that gets you into trouble. It’s what you know for sure that just ain’t so.” So, the market is pricing in several things that may not be so in 2021, such as:

1. The vaccines will be effective and result in a surge of economic activity in the second half of 2021. (So, any disruption, due to virus mutations or adverse effects from the vaccine, would be met with an abrupt repricing of equities.)

2. The stimulus will continue to flow. (Now, that risk may actually come off the table if and when the latest $1.9 trillion stimulus money is distributed.)

3. Washington’s tax hikes are going to be slower. (The risk here would be that they are accelerated into 2021 for both corporate and individual.)

4. Interest rates will remain low. (The risk would be if the Fed is forced into action because of inflation earlier than the market anticipated.)

Q: What are the advantages of tactical vs. strategic models in relation to investing and retirement planning?

A: The benefits of strategic allocations (“buy and hold” type strategies) are clear if you have a long-term horizon, generally anything over 20 years. The powers of compounding, time and capitalism work in your favor. For tactical models, there’s an opportunity cost with the insurance, and you run the risk of not capturing all of the upside of a buy and hold strategy. However, tactical strategies should substantially mitigate those catastrophic drawdowns in your account. Both methods have their merits, and it really is a function of the risk tolerance and time horizon that determines which strategy is better for a particular client. Over the past decade, we’ve had the European debt crisis, the U.S downgrade in 2011, the “Flash Crash,” the trade war sell-off in 2018, the COVID-19 collapse. And yet, the market is up 13% for the last decade. Unfortunately, due to behavioral biases, most investors abandon their strategic plans at the wrong time (unfortunately, at market bottoms), as was the case last spring when $1.4 trillion flocked into money market funds and missed a 65% rally in the S&P 500 over the last nine-months-plus of 2020.

A: The biggest issue we have right now is that the Fed has declared war on savers by adopting zero-interest rate policy twice in the past decade. Unfortunately, cutting interest rates to zero and artificially suppressing Treasury yields forces investors to take undue risk in order to stay ahead of potential inflationary pressures or to generate income. This distortion leads to bubbles, which we last saw in the Great Financial Crisis of 2008, or the Commodity Boom of the early 2000s, and arguably, what we’re seeing once again in the explosion of corporate and government debt spurred by abnormally low interest rates. Eventually, all that debt will have to be refinanced at a substantially higher rate, and that’s what caused the Great Financial Crisis of 2008 and 2009. We’re worried, down the line, that the Fed will produce a similar crisis to 2008-2009 when it decides it’s time to take the punch bowl away. And that’s another good reason to consider tactical investment models.

Back to the fork in the road from the esteemed economist Yogi Berra: In 2005 and 2006, the Fed raised interest rates quickly (and sharply) to stop inflationary pressures in housing, real estate and commodities—they stopped inflation, but also induced the collapse of over-levered financial markets. Stocks cratered, but bonds performed very well. The flip side of that is what happened in the 1960s, with the Great Society spending programs and the great costs of the Vietnam War, where the Federal Reserve and Congress let inflation run hot in order to pay back all the debt with cheaper currency. Stocks performed very well, but bonds suffered losses as inflation headed to double digit levels. Neither outcome is good, but they are two very different investment playbooks. A tactical approach can help adapt to the tough decisions the Fed and future sessions of Congress will have to address.

For Financial Professional Use Only. NOT INTENDED FOR VIEWING OR DISTRIBUTION TO THE PUBLIC. Insurance-only agents are not licensed to offer investment advice.
© 2020 Tucker Asset Management | All Rights reserved.